Getting started with Serverless on Oracle Cloud 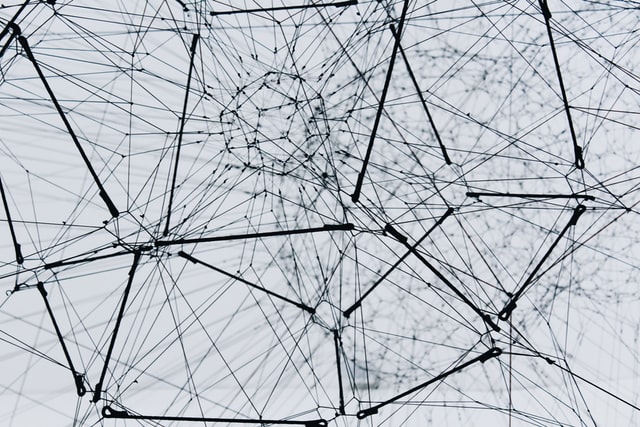 Serverless computing is where your cloud provider runs the servers in which your eventual application code runs, dynamically allocating resources. It allow you as the developer can focus on your application code.

Functions can be manually triggered, or fire in response to events in the tenancy, such as a compute instance changing state.

The platform the supports serverless on Oracle Cloud is The Fn Project. So to get started the first task we need to do is install this in our local machine. The pre-requisites for this software is Docker - as at time of writing, this requires a minimum docker version of 17.10. If you're on Ubuntu you can install from the package docker.io. Alternatively, you can review the installation docs for best steps to install on your platform.

Once Docker is installed, to install Fn, you can follow the install instructions as mentioned within their GitHub documentation. For a Linux environment, this is basically a matter of running an installer shell script like so.

Once you have Fn installed, you should have a command on your computer available, fn. To set up the boilerplate for a serverless function we need to choose what language we would like to use. Once you've decided you use the sub-command init. This will set up a hello world style function.

So, Fn created 3 files, where the main one we will be interested in is func.go.

We must specify --local in order that it doesn't try to push the built image to a remote docker registry. Local basically makes it so the docker image is built and called in your local container registry. After a function deployment, we will see the function image in our local registry.

Now finally we will be able to test our function. In the simplest form, we can use the invoke sub-command.

You may want to run your program locally through URL access. We can also test by starting up a REST test client such as Postman and calling the invocation URL that we get by inspecting the function. To find the invocation URL we can run the following command, or a variation of.

We can then take that URL to build up an endpoint in Postman: 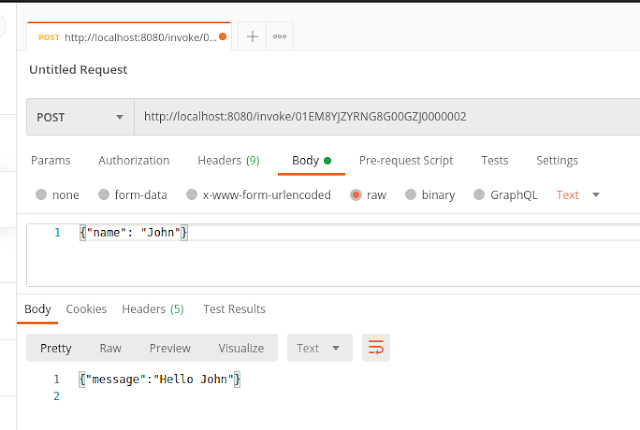 Now that we have a serverless function, we can look to deploy this to our cloud environment.

You will need to set up some policies to enable serverless functions to work within your cloud environment. These are all in the functions documenttion but at the most basic level you need to give the Functions service access to both the network as well as the ability to read the container registry - where the docker images end up living. Depending on your current permission levels you may need some additional policies - refer back to the aforementioned documentation for full details.

We will also need to make sure to set up a Docker container registry. This is so Fn has somewhere to push your Docker images to. In the console, go to Developer Services -> Container Registry. Then Create a Repository - for this post, I created one called fn-demo-repo.

You also need to have an API token to log into this registry - done through the user details page within the OCI Console. The login URL becomes one of the URLs specified here. You username would become the object storage namespace + your regular login e-mail address: abcdefabcdef/user@email.com. And finally the password would be your generated API token.

So at the command prompt, enter: docker login mel.ocir.io (adjusting the URL depending on your location) and follow the prompts.

Fn works with contexts. So far we have been using the default context - which is typically our local environment. In order to use our Function against Oracle Cloud we need to create a new context, and set some configuration. Information will will need for this:

Once you have that information, you will set it up your context similar to:

At this point you will want to verify the configuration is working by trying to list your apps. You should see an empty list.

In the Console, go to Developer Services -> Functions and create a new application. I called mine fn-demo-app 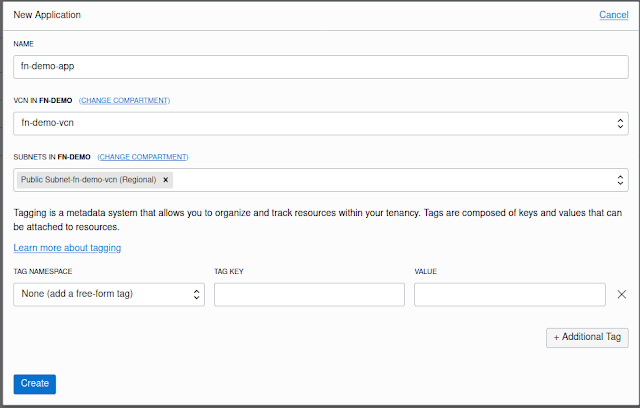 Now we can go ahead and deploy our function

Now that our function is deployed, we can test in a number of ways:

Popular posts from this blog

September 05, 2019
Now that Oracle has enabled us to download instant client without any click through for accepting the license , I wanted to revisit a seamless install of the instant client on a new set up. Ubuntu has the documentation about installing the instant client here: https://help.ubuntu.com/community/Oracle%20Instant%20Client. First - because Oracle provides their releases in RPM archive format (or a tarball), in order to have an installer you need to create a DEB archive. There is a package in the archives, alien, which aids this process. This gives the start of the script: #!/bin/bash # Install dependencies sudo apt install alien The 3 packages the Ubuntu documentation tells us to retrieve are: - devel - basic (I opt for basiclite instead) - sqlplus So, over at the downloads page: https://www.oracle.com/database/technologies/instant-client/linux-x86-64-downloads.html we can grab the link. # Download files. Example specific to 19.3 # Some links were not correct on the do
Read more

A lot of the time on reports of data, we'll define a link column, and specify an image which is the beloved pencil icon. Which is good and all, but looking in the Sample Database Application (packaged application), they have taken a different approach to style links - a button that stretches the width of it's containing cell. So, the UI ends up looking like so: So, is this done? Well first, you define a new column for the placeholder. Suppose I want my link column to be Report, I define an extra column in my query: , 'Report' report_link Then I need to go to my new column's attributes, and change the column type to a link. And, in the link attributes, set the text to what you want displayed. Here, I'm just going to display the value of the new column and point to my desired page. So I set the target page, then also the Link text as #REPORT_LINK#. At this point the report will just show link text, as we expect. So, then to replicate t
Read more

August 29, 2010
The first thing you need is a page with a file type item, and a submit button. When you submit the page, the selected file is uploaded into the apex_application_files (or wwv_flow_files) view. The actual blob contents of the file is uploaded into the column BLOB_CONTENT but since a CSV file is just plain text, it made sense to me to convert that file to a CLOB, so that you can perform regular string functions on the data. The first reference to converting a blob to a clob, was in the OTN forums  - confirmed by referring to the oracle documentation . After converting it to a clob, it is simply a matter of looping over each row of the data, and then populating into an apex collection (or some other temp table). This is an intermediary step just so you can review the data before committing the changes. Finally, you just move the data from the collection into the table. So the code for copying the blob into a clob and populating the collection can be seen below. declare --variables t
Read more